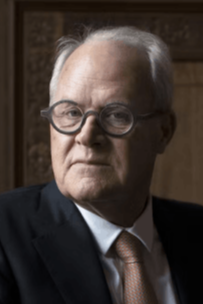 In brief
- Nine employees of the B&S stock exchange fund were involved in Iranian investments by CEO Willem Blijdorp.
- Lawyers warned him of the risk of his Iranian interests violating sanctions.
- Investors' association VEB denounces the entanglement of B&S interests with private affairs of the CEO.

Contrary to what the company claims, employees of wholesaler B&S Group did indeed cooperate in investments that major shareholder Willem Blijdorp made in Iranian marble. This is apparent from dozens of e-mails, documents and court documents in the hands of the FD. Minority shareholders were not aware of the risks the listed company ran as a supplier to the US military.

Blijdorp's interests in Iran drew attention in recent years when the B&S founder got into a heated conflict with the Iranian-Dutch businessman Danial Mahyari. After the media had written about it and the investor association VEB had asked questions about it, CEO Tako de Haan and chairman of the supervisory board Jan-Arie van Barneveld said in April of this year that B&S had 'no involvement at all' in these matters. That is why the company saw no reason to inform investors about this, they said.

In reality, Blijdorp, who is the majority shareholder, founder and vice-chairman of the supervisory board of B&S, instructed employees in dozens of emails to perform work for his Iranian marble interests. At least nine B&S employees, including the corporate controller, also corresponded from their B&S e-mail addresses about their work for the €75 million that their boss invested in Iran.
'This illustrates the lousy governance at B&S', says director Gerben Everts of investor association VEB. 'It was already clear that the governance at B&S is very bad, but here the interests of Blijdorp and B&S are completely intertwined.' The VEB director strongly raises the question whether risk management at B&S is in order'.

The VEB will discuss this at an extraordinary shareholders' meeting on 17 November. At that meeting, Blijdorp wants to depose Van Barneveld, who is opposing a takeover bid with which Blijdorp wants to take B&S off the stock exchange.

Members of the board involved
The mail traffic in the hands of the FD shows that Blijdorp engaged the current member of the board of directors of B&S Niels Groen to shape its Iran deals. Groen became statutory director of Stone Trade International DMCC, which was established in Dubai for Blijdorp's Iranian marble trade. The company is located at the same address as B&S World Supply DMCC.

Blijdorp also used the previous CFO of B&S, Gert van Laar, for his Iranian affairs. On September 21, 2015, Blijdorp e-mailed Mahyari about the set-up of the Iranian marble mines, with Van Laar and Groen, among others, in the cc: 'Danial. Always let Mr. van laar watch this structure discussion. He has the lead of weighing (sic) his knowledge and experience.'

The documents also show that the former member of the supervisory board of B&S, Rob Cornelisse, advised on the Iranian interests of Blijdorp. Current B&S director Bas Schreuders is a co-signatory on behalf of Blijdorp investment company Sarabel of a document about the transfer of the Iranian quarries to Blijdorp. The B&S Director of Information Technology suggested using the B&S e-mail address to exploit the quarries with B&S software.

Minority shareholders of B&S were unaware that wholesalers' employees worked for Blijdorp's Iranian investments. As a result, they were unable to estimate the possible risks. Blijdorp, worth €730 million according to Quote, does business with two arch-enemies: Iran and the US.

US Army
For example, the US military is an important customer. Until last year, B&S supplied soldiers in Afghanistan with snacks and soft drinks. Foodservice of B&S also has an American license to supply food to the troops in Europe.

As standard for U.S. military suppliers, contracts state that "each supplier (of goods and services, ed.) must guarantee that the supplier, and any person owned or controlled by the supplier, does not engage in sanctioned activities." may be imposed under Section 5 of the Iran Sanctions Act'. Meanwhile, Blijdorp claimed in Dutch courts the possession of concessions in nine marble mines in Iran, obtained from the Iranian government.

The US is boycotting Iran because of Iran's nuclear program. Mining is explicitly prohibited in the US sanctions list. Non-US citizens and companies also stand a chance of being punished. Law firm Stibbe states in a response on behalf of B&S and its founder: 'Mr Blijdorp obtained legal advice at the time, from which it followed that the trade in Iranian natural stone was not sanctioned.' (see box)

US penalties can be high
But according to professor of international law Cedric Ryngaert, there are certainly risks involved if a Dutchman with interests in the US invests in Iranian mining activities. “The Ofac (the US Office of Foreign Assets Control, ed.) can deny this person access to the US market.”

The documents show that the law firms Houthoff, BenninkAmar and Jacobson Burton Kelley Blijdorp warned about risks, including criminal law, in 2016. Houthoff: 'A Dutch public prosecutor can regard Mr Blijdorp as a co-perpetrator because of his role in this transaction.'

US penalties for doing business with Iran could be costly. The banks ABN Amro and ING and aircraft manufacturer Fokker can have a say in this. Under pressure from the US authorities, they bought off criminal charges with $500 million, $619 million and $21 million respectively.

Everts of the VEB calls the risk of sanctions from the US or Iran 'definitely an issue'. The investors' association will discuss this at the extraordinary shareholders' meeting on 17 November.

---
Reactions:
The US Department of Defense has not yet fulfilled its repeated promise to the FD to respond to Iran's marble investments by the majority shareholder of a US military supplier. The Office of Foreign Assets Control, which enforces sanctions, has not commented. The Iranian ambassador to the Netherlands does not respond. Law firm Stibbe reports on behalf of Blijdorp and B&S: 'The sanctions regime in force at the time was no obstacle. There was therefore no reason to inform B&S or its (future) shareholders about this matter. It is a private investment by Mr Blijdorp that is completely separate from the activities of B&S.' Stibbe explains the involvement of a B&S CFO and a B&S director with the Iranian activities from their 'trust-based working relationship' with Blijdorp. Danial Mahyari does not comment.